A handful of space researchers driven with passion and strong determination came together under the banner of SSERD and conceptualized an inflatable habitat to live on mars! Named their mission as "nestOne" by the influence of the dreams being one ultimate goal  to reach beyond boundaries till these persistant birds land in their nest.
The team has worked on the first Inflatable Habitat Mission Project at SSERD with challenging aspects of structural, environmental control, dynamic, cost efficient and volumetrically efficient outcome as the output of their 5 week research allocation.

“We choose to go to Mars.”
-Elon Musk
Yes, we choose Mars as our destination. Not just us, but the entire space industry is looking forward to Mars  as its base (atleast in the long-term) to carry out their exploration activities. Countries are already working towards it, and many of the essential scientific and technological aspects of it are in place. But why? What’s so special about becoming the so-called “Martian”?
WHY MARS?
Well, the story began long back. Since time immemorial, man has always wanted to fly high and soar through  the skies. He got inspired by birds, and no wonder he put all his time and efforts trying to mimic bird-flight. There began the era of exploration – from flying in the atmosphere to sailing through the infinite cosmos! We have come a really long way since then. And yes, this is the era of space exploration. It is true that mankind was born on Earth, but he is definitely not meant to stay here forever. This is because we have been given the sixth sense – to imagine, create and make it happen! The urge for exploration is never-ending.
Now coming to the specific reasons, Mars is one of our nearest destinations in space. Many countries have  been sending missions to the planet, and all of them have proved to be worth every single penny spent, simply due to the fact that it provides a lot of insight to the very basic (and yet the most complicated and sought- after) questions as to who we are, how we all came into existence, and if we are alone in the universe. The mysterious nature of these questions has been a constant driving force to man, to try his level best to answer them. Mars is one planet that shows signs of life that could have existed before. It shows immense potential of
supporting mankind in future, and that is why nations are working tirelessly on the single-minded goal - colonizing Mars. It could serve as auxiliary bases to launch rockets from. With “Planetary Engineering” put into reality, we would one day be able to live this dream – a dream of many. In addition to all these, Mars (and the Moon) have a lot more valuable resources that could power mankind for its entire life. These resources when properly tapped would provide a highly efficient means of living. And many of the cutting-edge technologies  that would have to be developed for space exploration could help man and enhance many of his day-to-day activities on Earth; say for instance, the Waste Management and the Water Reclamation Systems provide a very high efficiency of upto 85%. Such technologies if used on Earth would indeed transform our lives to a great extent. These would ensure sustained life on Earth. Likewise, many of the technologies that have been  developed and those of which would be developed in future, would definitely make Earth a better place to live.
And for several other reasons, Mars has become our choice. We do not intend to limit ourselves to Earth  alone. With Space Tourism becoming an emerging field, space is going to unite all of us. The Space Force is taking shape; Planetary Defense Mechanisms are being developed. With all of these, it is evident that space is the future. It is going to benefit mankind in some way or the other. Now I strongly believe that we as Earthlings should work on this mission and make space open to everyone. 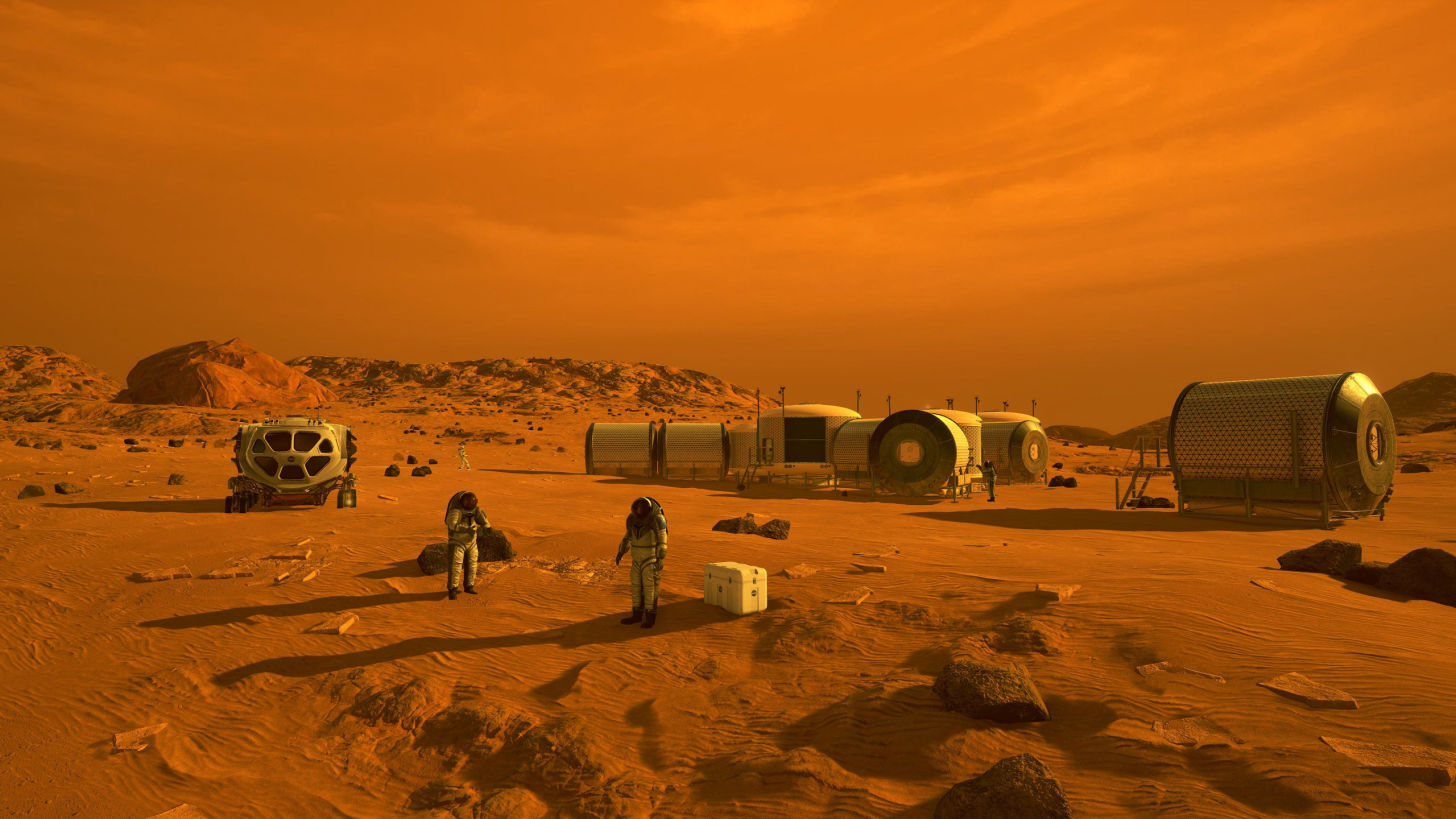 Mars (Aka Red planet) is known to have several significant topographic features such as Olympus Mons, the highest peak in the solar system, and Valles Marineris, a canyon and Hellas Planitia an impact crater in the Southern Hemisphere. It is believed that mars once had flowing rivers. The poles of mars have rich deposits of ice.